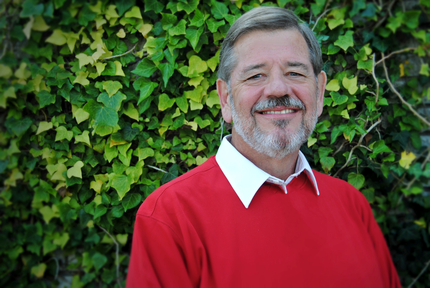 Rev. Dr. William H. "Buddy" Phillips
Senior Pastor
Buddy grew-up in rural Union County and graduated from Union High School where he played several sports and participated in numerous clubs and organizations. At 16, he became an EMT and two years later, a Paramedic. He would eventually direct the Emergency Medical Services and begin supervised studies toward becoming a Physician’s Associate.

In 1978, Buddy began the process of entering ordained ministry within the United Methodist Church. He became a Student Minister that same year and an Elder in 1988. Buddy has served country, suburban and urban churches of all sizes (from 15 to 2850 members) and personalities across the state. He has also served on numerous boards and agencies within the United Methodist Church and in various capacities for local and the state government. He is in his 41st year of ministerial service.

Buddy and Gail have been married 45 years. For 16 years, Gail has been the Regional Director for Reach Out and Read. Previously, she was the Director of OVIS in Oconee County and before that, the Deputy Director of the Bethlehem Center in Spartanburg, SC. ROR prepares America’s youngest children to succeed in school by partnering with pediatricians who prescribe books and encourage families to read together. This early literacy program helps prepare children for kindergarten. She presently serves both South Carolina and Georgia.

Buddy and Gail have two children, Tyler and Nancy. Tyler is married to Karen (a public school teacher) and they live with their two children in Suwanee, Ga. Ansley Kate, is the oldest, and William Hudson the youngest. Buddy and Gail also have a daughter. Nancy graduated from Chapin High School where she participated in highly celebrated and recognized band, orchestra and chamber choir. She is now a student at Coastal Carolina and a Swaine Scholar.

Buddy graduated Wofford College in 1983 with a B.A. in Humanities. He attended several graduate schools including Erskine Theological Seminary, Chandler School of Theology, and Columbia (M.Div., D.Ph., and D. Human.). In 1999, he was awarded the Doctor of Humanities Degree from Claflin University for his work on social justice issues in the state, and on the national and international levels. As an associate professor of Religion, he taught Old Testament, World Religions and Philosophy at SMC for several years and as a visiting professor of religion in other settings. He has been a course leader and training instructor for the United Methodist Women in both Regional and Conference Mission Universities throughout the United States.

Buddy enjoys art and literature. He paints (oils) and writes. He loves the outdoors and hunts, fishes, plays golf, and rides his Harley when the temperature allows. He is also a private pilot and rated in several aircraft types and categories. His real enjoyment comes, however, from hugging and playing with the grandchildren, being with family, meeting people, and getting really dirty doing yard work.